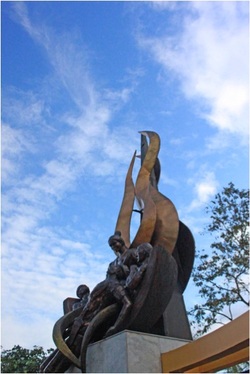 The Tandang Sora Shrine is located on Banlat Road at Tandang Sora Quezon City.  The park was built by former Mayor Sonny Belmonte and the shrine by sculptor Toym Imao. It was built in 2008 to honor Tandang Sora’s kindness towards her fellowmen.

This year, 2012, the year of Melchora Aqiuno’s Bicentennial Birth Anniversary, the 18th Quezon City Council declared 2012 as “Tandang Sora Year”. On January 6, 2012, Tandang Sora’s remains were transferred from Himlayang Pilipino to the Tandang Sora Shrine in Banlat Road, site of her original home. The ceremony was led by Pres. Benigno Aquino, Jr. together with Mayor Herbert Bautista and Vice Mayor Joy Belmonte.

Melchora Aquino, also known as Tandang Sora, is the Mother of Philippine Revolution. She aided the wounded katipuneros and provided them refuge and food. For that she was arrested by Spanish Guardia Civil and was exiled to the Mariana Islands in Guam.  After enduring seven years of exile, Tandang Sora was finally repatriated by the Americans on February 26, 1903.

The Grand Shrine has 107 in diameters, which represents her age when she passed away. It has a pavilion and stage that is used as a venue for historical events and gatherings. The shrine also contains a mini museum. Inside museum you can find old photos of tandang sora, family tree, pictures of the 3rd and 4th generation, coin and bill containing the face of Melchora Aquino, a flower named after her (Hibiscus sp Tandang Sora) and a bit of her history. On March 3, 2012 the shrine was declared a National Shrine by the National Historical Commission

How to Get There 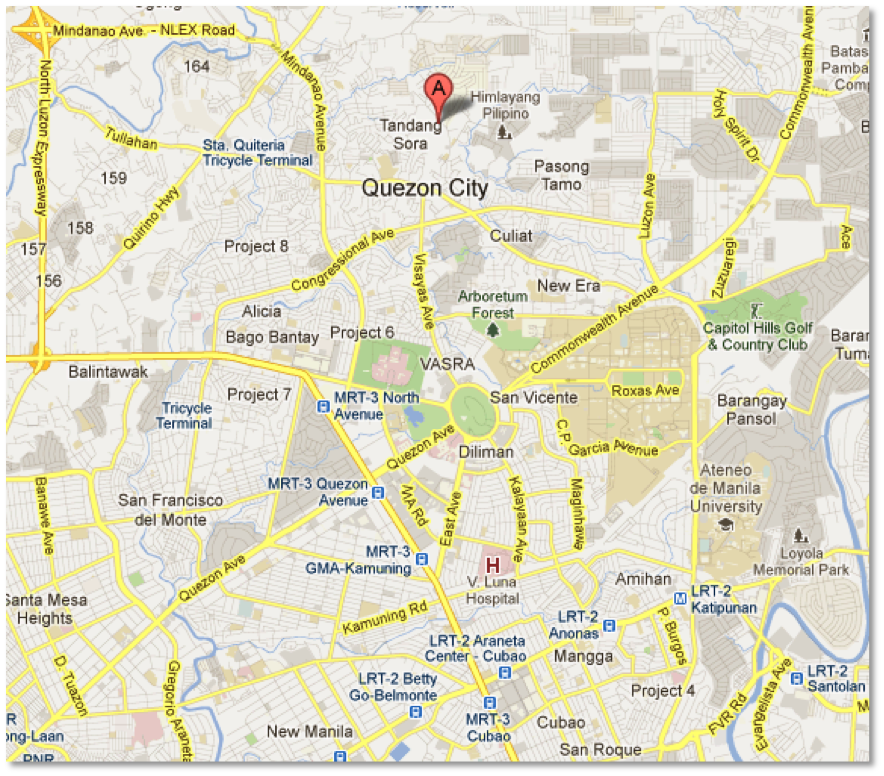