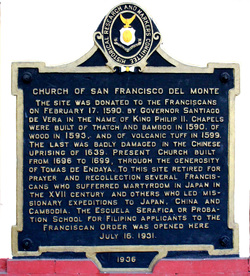 This is one of the oldest still-surviving church in the country. The original wood and nipa structure was built in 1590 in a site donated to the Franciscan friars by Governor General Santiago De Vera by Fray Pedro dedicated to Our Lady of Montecelli. This became the Provincial House of the Franciscan Order in the Philippines after the destruction of the San Francisco Church in Intramuros during the 1945 Battle of Manila.

In 1699 the church and convent made of stone  was restructured. This was dedicated to the newly beatified Blessed Pedro Bautista and his companion martyrs.  This church has now become the sanctuary with the Baroque altar still preserved today.

In 1895, the friars abandoned the place and the revolutionary forces occupied the church. In the 1960's a decision was made to enlarge the church. One wall was demolished and the new church was built perpendicularly and the wooden altar shifted and the old church became the sanctuary and the transept of the new church.

Inside this compound is the Museo Franciscano, the repository of artifacts of the Order for the country. Hence, an extensive collection of Altar Retablos, Blessed Sacraments, Period religious implements, Chalices, Priestly robes and vestments and Sacred Relics of Saints are found here.

The Romanesque interior of the church, characterized by the mixed architecture is depicted in its Corinthian and Ionic pillars. The century-old meditation cave, sacristy and convent are still preserved. Also situated inside the church is a Baroque-style wooden altar which has survived numerous wars and disasters and other 16th century religious icons from Spain.

How to Get There

1.     Go straight ahead on North Avenue (west-bound) towards EDSA 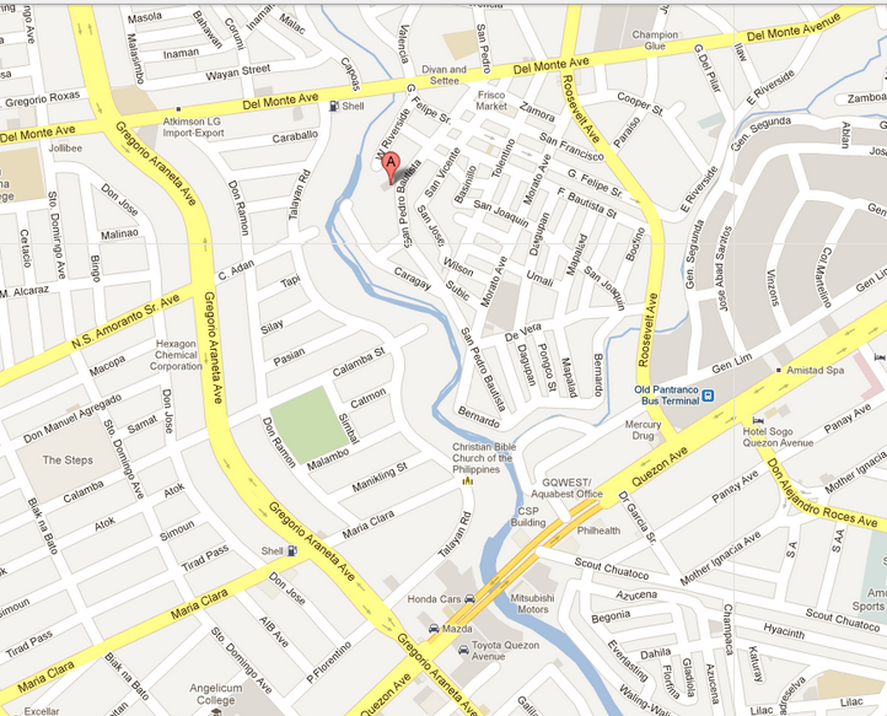